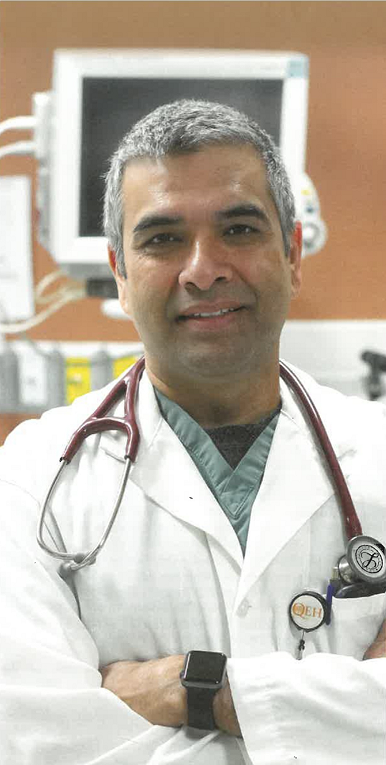 The following is an excerpt from a story by Jim Prime ('69), in the Acadia Bulletin, Spring 2020 edition, reprinted with permission.

In the wee hours of Sept 3, 1998, Major Dr. Trevor MacGregor Jain (CGS Member) was awakened by a phone call that would change his life forever.  At 10:36 the previous evening, Swissair flight 111, en route from New York’s JFK International Airport to Geneva, had crashed into the waters near Peggy’s Cove, Nova Scotia, killing all 229 people on board.  Jain, an army reservist who was then in his final year at Dalhousie Medical School, has vivid memories of what followed.

“At 3:30 in the morning I got a call from the duty officer from Brigade Headquarters.  He said, ‘You’ve got to get up and turn on the news.  There has been a plane crash.’  I hung up on him because I knew him and thought he was playing a joke on me.  He called back and told me to report to Hangar B at CFB Shearwater.  He said that the RCMP were on their way to my apartment to pick me up and to get my uniform on.’”

When Jain arrived at the hangar, he was appointed pathology operations officer and told by Nova Scotia’s chief medical officer, John Butt, to get a morgue up and running.  He immediately went to work.  “The army teaches you how to be organized so I gathered the people-carpenters, electricians and others- around me and sketched out a diagram remembering what I needed for supplies to do autopsies from when I was a pathology assistant while at Acadia.  I said, ‘This is what we’re going to do and they did it.’”

Nothing can prepare you for an event like the Swissair disaster; But Jain possessed a unique set of skills that made him indispensable to Joint Task Force Atlantic.  By the time he graduated from Acadia in 1993 with a BSc in biology, Jain already had the kind of resume that demanded respect.  As part of the pre-med program, he was expected to volunteer at Valley Regional Hospital in Kentville.  While his colleagues took jobs at gift shops and other stress-free assignments, Jain opted for front line medical experience.  “I volunteered, believe it or not, in the pathology lab because of the microbiology component.  I participated in autopsies, was trained in doing them, and was even paid to do them on a part-time basis.

“That was why they contacted me.  I had worked in a morgue and had 12 years of infantry training,” he says.  “I had my pilot’s license so I was already an aviator, a pathology morgue manager, and an army officer (captain) when the plane went down.  I was qualified to do this.”

Jain has also served in Bosnia, Iraq and other world troubled spots.  “Of the five deployments that I’ve done, the morgue was the worst by far,” he says, and the horrific event has left a mark.  At random times, he still smells JP8jet fuel and doesn’t like flying over water.  “Sometimes when I shake someone’s hand, I find myself mentally dictating descriptions as if doing an autopsy.  The experience made me stronger, but more reflective.  I appreciate people more now.”

In 1999 Jain was awarded the Meritorious Service Medal of Canada by the Governor-General for the key role he played in the aftermath of Swissair 11. He is currently the Medical Director for paramedicine programs at Holland College on Prince Edward Island.  He is an attending emergency physician at the Queen Elizabeth Hospital in Charlottetown and Clinical Assistant Professor of Emergency Medicine at Dalhousie.

Jain is completing his PhD in disaster medicine and continues to serve in the army as the 36th Canadian Brigade Group Surgeon and Deputy Commanding Office of the PEI Regiment.  He has received many accolades throughout his career, but perhaps the most noteworthy is the Order of Military Merit (officer level), awarded in November 2018.

It’s the second highest military honour presented by the Governor-General to recognize outstanding military service, and of the 26,000 people enlisted in the Canadian military at that time, Jain was one of only five to receive the clasp.

To make it even more poignant, he was nominated for the honour by members of his own brigade.  Jan lives on Prince Edward Island with his wife and two daughters.