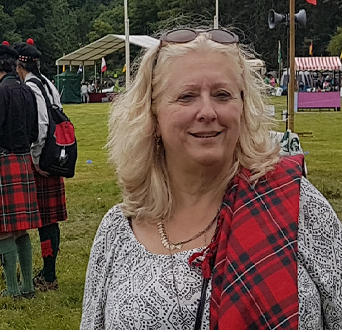 I was born in Montreal but lived all over eastern parts of Canada, including Nova Scotia. As my dad was a heavy machinery mechanic, we moved 7 times to cities near his work sites. It all ended when we kids became teenagers and my mom got tired of packing and unpacking.

I come from a long line of Thériaults; the first one immigrating to Port-Royal (now Digby N.S.) in 1637. All the Thériaults in North America are descendants of this Jehan Terriot. Prior to 1755, the Thériaults remained in Nova Scotia, however, deportation scattered us to nearby areas of the colonies. My great-grand-father Joseph resettled in the Gaspé Peninsula in early 1900.

I’ve a college degree in computer science; however, after graduating I ended up registering in the Math Computer Science program at McGill University. There I joined and made lifelong friendships in the Gamma Phi Beta sorority. Through Facebook, we keep in touch and manage to see each other quite frequently.

First starting as a programmer, I worked in various IT jobs until now I own a training company teaching software development and business skills. In my spare time, I like to read, travel, and sing in a choir. I look forward to meeting  you at the different events and hope you enjoy the newsletter.